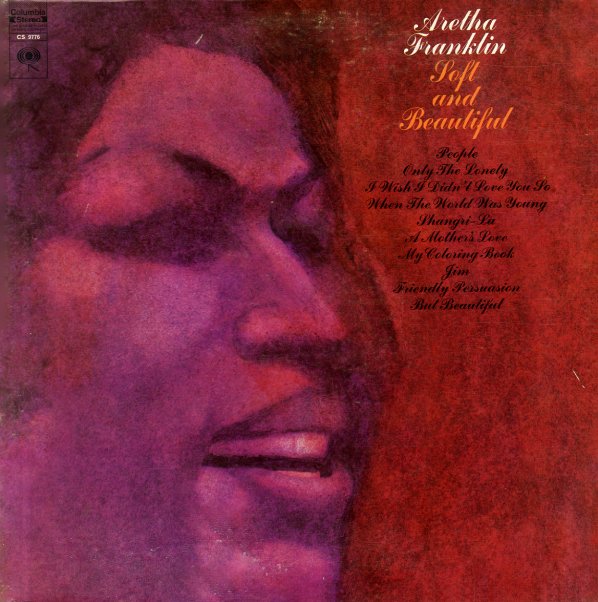 The title's certainly right on this one, because the album is soft and beautiful – recorded by Aretha Franklin in a moody late nite mode that's similar to early 60s work by Sarah Vaughn or Dinah Washington on Roulette! Backings are by Belford Hendricks – relatively full, with strings and sometimes a bit of backing vocals – and Aretha's vocals drift nicely over the top with a relatively slow pace overall. And while this isn't the hard-hitting Atlantic soul that made her fame, the record's still a great demonstration of Franklin's many talents – and heck, if she'd cut a set like this these days, we're sure she'd get a Grammy for returning to the classics! Titles include "Only The Lonely", "Shangri-La", "A Mother's Love", "Jim", "Friendly Persuasion", and "People".  © 1996-2022, Dusty Groove, Inc.
(360 Sound stereo pressing with black text. Label has a sticker. Cover has light wear, a name in pen, and a cutout hole. Vinyl has a short click on "When The World Was Young".)