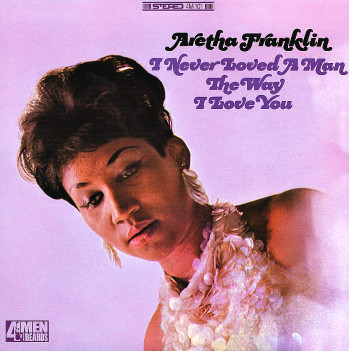 Essential work by Aretha Franklin – one of her best albums for Atlantic in the late 60s, with tracks that virtually define the sound of hard soul during the late 60s! The album's filled with excellent material – featuring 2 killer tracks recorded in Muscle Shoals ("Do Right Woman, Do Right Man" and "I Never Loved A Man"), plus lots of other great hard soul groovers done with Aretha's guiding light, Arif Mardin, in Atlantic's New York studios – including the tracks "Respect", "Baby, Baby, Baby", "Save Me", and "Dr. Feelgood".  © 1996-2023, Dusty Groove, Inc.
(Rockefeller label pressing with Warner text. Cover has split seams, with light surface wear & aging, notes in pen on the back.)