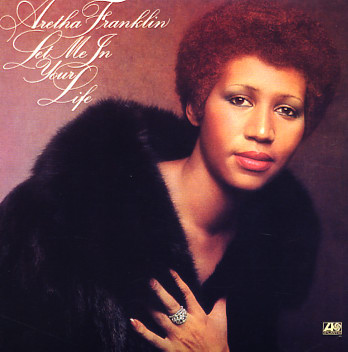 Aretha Franklin and electric piano – a really great combination that makes for a whole new level of soulfulness in the 70s! The album's one of Franklin's greatest of the decade – a deepening of the sound she first brought to Atlantic in the 60s, and a maturation of that groove – in a way that pushes Aretha strongly past cliches, and into some really great new territory! Arrangements here are by Arif Mardin and William Eaton – and most numbers feature small combo instrumentation at the core, with electric piano played by Aretha, Richard Tee, and Donny Hathaway. Titles include "If You Don't Think", "Oh Baby", "With Pen In Hand", "Let Me In Your Life", "I'm In Love", and "Every Natural Thing".  © 1996-2022, Dusty Groove, Inc.
(Cover has surface wear and aging.)

Soft & Beautiful (photo cover)
Columbia, Mid 60s. Near Mint-
LP...$8.99
The title's certainly right on this one, because the album is soft and beautiful – recorded by Aretha Franklin in a moody late nite mode that's similar to early 60s work by Sarah Vaughn or Dinah Washington on Roulette! Backings are by Belford Hendricks – relatively full, with strings ... LP, Vinyl record album