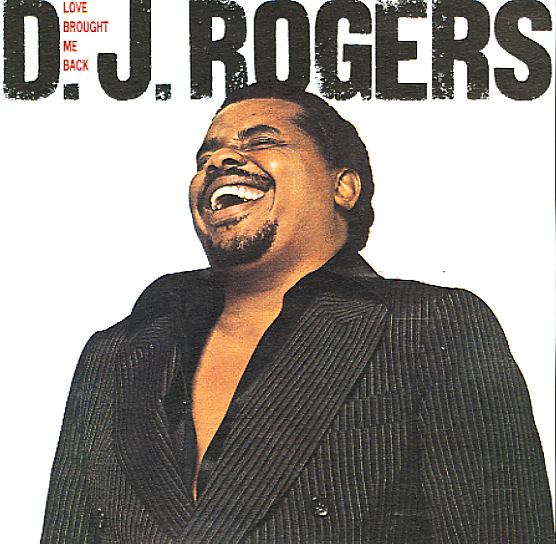 Love Brought Me Back

One of our favorite albums ever from the mighty DJ Rogers – one of the most positive, powerful voices in 70s soul music! The set's a sublime Rogers showcase all the way through – as DJ wrote, arranged, and produced the whole record – in partnership with the Earth Wind & Fire Kalimba Productions imprint – which is perfect placement for the set, as it shares all the best righteous energy with that famous group at its height! DJ's vocals are trained in the church – both technically and spiritually – but they soar out here in some secular lyrics that really help bring a sense of warmth and love to the universe – a really rare blend of modes from both sides of the fence that rivals the best 70s work by Rance Allen or Donny Hathaway. Backings are perfect – maybe even more focused and moving than on some of Rogers' previous albums – and titles include "Hold Me", "Sold On You", "When Love Is Gone", "Changed", "You Take Me Higher (Brazilian Lover)", "All My Love", and "Love Brought Me Back".  © 1996-2022, Dusty Groove, Inc.
(Includes the printed inner sleeve. Cover has light wear and a name in pen.)