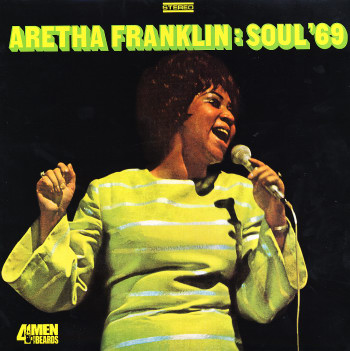 '69 was certainly Aretha's year – as the success of her initial round of Atlantic recordings had pushed her fully into the limelight, making her one of the most exposed, most reported-on artists in soul music! This album was cut during the height of that time, with Arif Mardin handling all of the arrangements, and Aretha singing a mix of soul, blues, and pop tunes, all nicely reworked in her own famous style. Titles include "Tracks Of My Tears", "So Long", "I'll Never Be Free", "Gentle On My Mind", "Bring It On Home To Me", and "Crazy He Calls Me".  © 1996-2023, Dusty Groove, Inc.
(Green and red Broadway label pressing. Cover has light wear, aging, and small seam splits.)