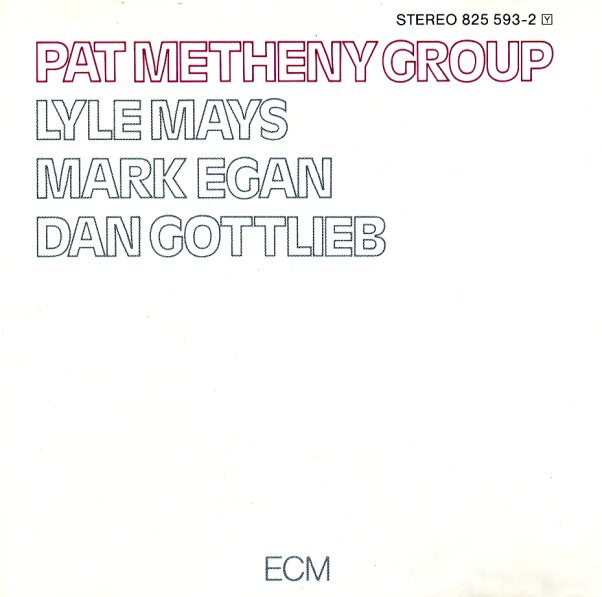 A near-legendary album from Pat Metheny – the real birth of the "Metheny sound" on record, and a perfect example of the magically fluid groove that he crafted with keyboardist Lyle Mays! The sound here is hard to describe – and even harder when you try to pick out the individual keyboard and guitar bits – because the overall feel of the record is so well wrapped up and lyrically together, yet manages to do so without falling into any too-slick styles or cliched approaches to fusion. We're stunned at how much this one still delights us over the years, and the record still stands as a landmark in its field. Titles include "San Lorenzo", "Phase Dance", "Jaco", "Aprilwind", "Lonejack", and "Apriljoy".  © 1996-2022, Dusty Groove, Inc.
(US pressing. Cover has some ring and edge wear, disocloration from age, and some light smudges in back.)

Imaginary Cities
ECM (Germany), 2015. Near Mint- 2LP Gatefold
LP...$29.99
Beautiful sounds from reedman Chris Potter – working here with an expanded string lineup, although one that's more of a string quartet added to the core combo – and maybe not the full orchestra you'd guess from the cover! Still, those subtle strings really add a lot to the record ... LP, Vinyl record album

Aftenland
ECM, 1980. Sealed
LP...$18.99
Saxophonist Jan Garbarek has always had a great ear for an unusual setting for his horns – and here, he continues that strong legacy by working with Kjell Johnsen – a keyboardist who plays a pipe organ in a very spacious way! The mix of the large instrument and the ECM production style ... LP, Vinyl record album