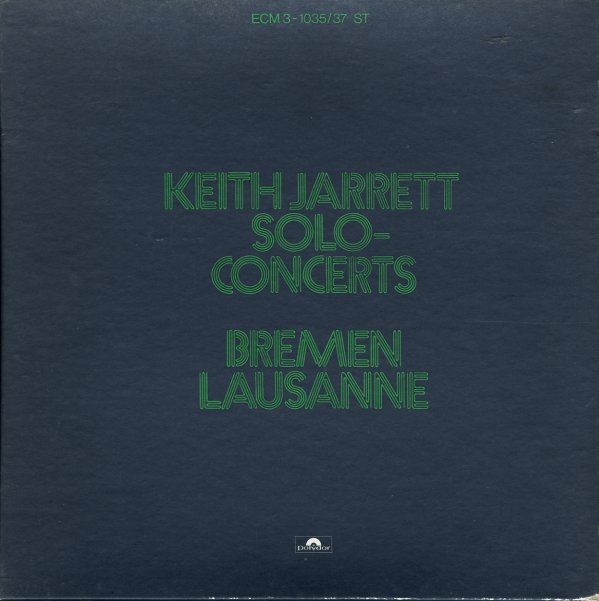 Also available
Keith Jarrett — Solo Concerts – Bremen Lausanne ... CD 13.99
Sublime solo piano – from that early 70s moment when Keith Jarrett was not only finding a whole new voice for himself, but also creating a whole new format in music! The tracks here are all long, live, solo improvisations – played by Jarrett at a level that's unbridled, but never totally free jazz – full of spirit and imagination, and always with this sense of tunefulness that's maybe even more impressive than if he was playing in a noisier way!  © 1996-2023, Dusty Groove, Inc.
(US pressing, with booklet. Box top is separated, some corner & side splits, light edge wear.)