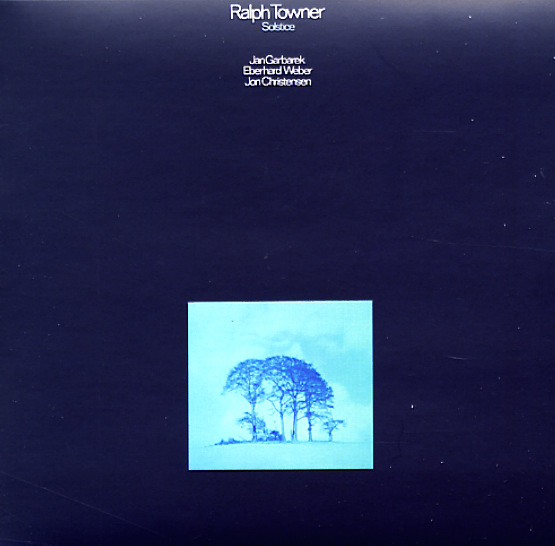 Moody musings from guitarist Ralph Towner – recorded here on 12-string and classical guitar, plus a bit of piano – and working with a quartet that includes Jan Garbarek on sax and flute, Eberhard Weber on bass and cello, and Jon Christensen on drums and percussion. The group do a nice job of mixing up sweeter Towner moments with numbers that have a darker, almost noisier edge at times – and Garbarek's work on soprano sax gives the record some of its best moments. Early genius on ECM! Titles include the slightly funky "Piscean Dance", plus "Sand", "Red & Black", "Oceanus", "Visitation", and "Drifting Petals".  © 1996-2022, Dusty Groove, Inc.
(US pressing. Cover has some surface wear and small stickers at the spine.)

As Falls Wichita, So Falls Wichita Falls
ECM, 1981. Very Good+
LP...$16.99
One of our favorite Metheny moments ever – and one of the few albums of his that we can go back to, and still enjoy heartily! The album's wonderfully stripped down – and features only guitar by Metheny, keyboards by Lyle Mays, and percussion and vocals by Nana Vasconcelos, all blended ... LP, Vinyl record album

Ritual
ECM, 1977. Near Mint-
LP...$4.99
The best Keith Jarrett spirit of the 70s – those long, exploratory lines he virtually invented on solo piano – performed here by pianist Dennis Russell Davies! The set's one of the warmest we've ever heard from Davies – as he spins out on two side-long interpretations of this ... LP, Vinyl record album