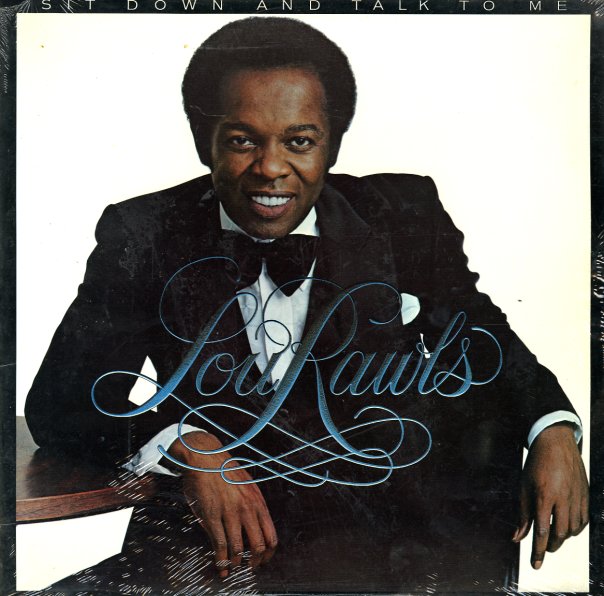 Sit Down & Talk To Me

Not as hit-heavy as some of Lou's other albums for Philly International, but a nice batch of mellow jazzy soul tracks – with arrangements by Thom Bell, Bunny Sigler, Dexter Wansel, and others. Some of the tunes get nicely uptempo – hitting the warmer clubby modes that always worked well with Rawls at Philly International – a style that still allowed for more than enough space for Lou to stretch out vocally and hit some of his hipper, more sophisticated modes. Titles include "Sit Down & Talk To Me", "You're My Blessing", "Old Times", "Ain't That Loving You", and "One Day Soon You'll Need Me".  © 1996-2021, Dusty Groove, Inc.
(Includes the printed inner sleeve. Cover has a promo stamp, light wear, and a small stain at the spine.)