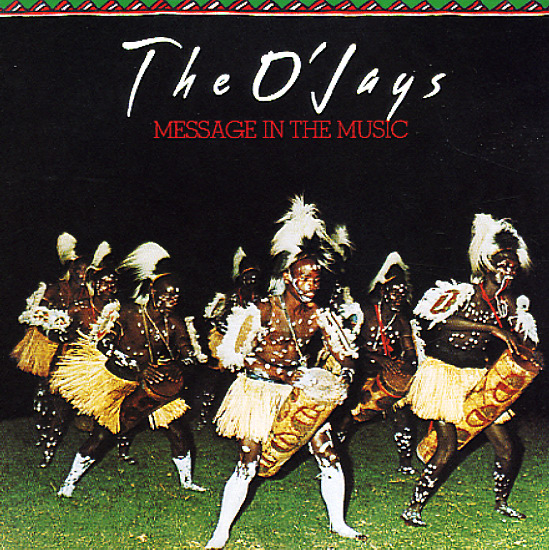 Message In The Music

One of those records that really took Philly soul to the next level back in the 70s – a set that works amazing magic with the already-great harmonies of the O'Jays – pointing them even more strongly towards groove-heavy territory, while still keeping all the fragile, personal qualities of their earlier work! The title cut is a righteous anthem that never gets old – a perfect blend of subtle politics and homegrown soul – all polished to perfection in the Philly studios. And the rest of the record is equally mindblowing – a set where even the ballads have as much power as the upbeat numbers – as you'll hear in the lineup of tracks that includes "Message In The Music", "Darlin, Darlin, Baby", "A Prayer", "Make A Joyful Noise", "Let Life Flow", and "Paradise".  © 1996-2023, Dusty Groove, Inc.
(Cover has a spot of sticker removal, but is great otherwise!)

Serious
EMI, 1989. Very Good+
LP...$2.99
The O'Jays hit a bit of a new jack mode with this late 80s set – picking up the beats, and giving themselves a chunkier rhythm than usual – but all while keeping things in that laidback territory that suits their famous vocals so well! The mellowest cuts here are our favorites – ... LP, Vinyl record album

Back Stabbers
Philadelphia International, 1972. Very Good
LP...$16.99 (CD...$6.99)
A landmark album for the O'Jays – a set that moved them from the indie ranks to 70s megasoulstatus! After years of bumping around on a variety of labels, and in a variety of styles, the group really exploded with this wonderful set – an album that has them soaring along in the ... LP, Vinyl record album

Family Reunion
Philadelphia International, 1975. Very Good+ Gatefold
LP...$19.99
A great sense of righteousness and groove – the key mix that made the O'Jays so great back in the day – and which really helped put the Philly International enterprise on the map! The album's miles from the group's simple harmony soul roots – even though those were pretty darn ... LP, Vinyl record album

Sit Down & Talk To Me
Philadelphia International, 1979. Very Good+
LP...$0.99
Not as hit-heavy as some of Lou's other albums for Philly International, but a nice batch of mellow jazzy soul tracks – with arrangements by Thom Bell, Bunny Sigler, Dexter Wansel, and others. Some of the tunes get nicely uptempo – hitting the warmer clubby modes that always worked ... LP, Vinyl record album