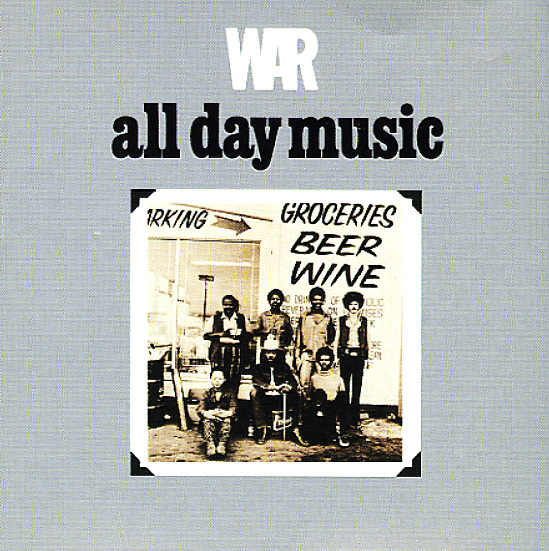 A sweet sweet set from the mighty War – and maybe the record that really has the group coming into their own! The record's got a stronger vocal presence than earlier War efforts, which is a really great thing – kind of a blend of sweet soul, heavy funk, and Chicano modes – all served up with this ultra-hip East LA sort of vibe that's way more interested in finding the best sweet spot in the music, than it is trying to figure out any labels for its groove! This approach rings out famously in the classic "Slipping Into Darkness" – which gets a 7 minute workout here – but the whole thing is great, and other titles include the seminal "Baby Brother", plus "Nappy Head", "Get Down", and "There Must Be A Reason".  © 1996-2023, Dusty Groove, Inc.
(Includes poster! A nice copy!)