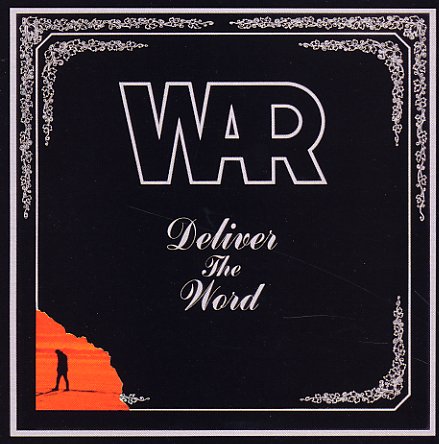 Also available
War — Deliver The Word ... LP 24.99
War delivers the word, and a whole lot more as well – that amazing blend of styles that always made the group way more than just the sum of its parts! The classic groove is very firmly in place here – a great style that mixes jazz funk with a freer jamming style borrowed from Latin music – served up on a batch of long tracks that really let the band open up and groove! Vocals are part of the plan, but the instrumentation often gets as much time in the spotlight as well – and the set includes the classic jammer "Me & Baby Brother", plus "H2 Overture", "Blisters", "Southern Part Of Texas", "In Your Eyes", and "Gypsy Man".  © 1996-2022, Dusty Groove, Inc.
(In the die-cut textured cover, with the heavy inner sleeve. Cover has light wear and a cutout hole. Inner sleeve and labels have a name in pen.)

Greatest Hits
United Artists, Early 70s. Very Good+
LP...$14.99
A monster set of Chicano funky grooves from LA – most of which forever transformed the sound of funk! The album includes most of the band's best cuts – like "Slippin Into Darkness", "Cisco Kid", "World Is A Ghetto", "All Day Music", "Me & ... LP, Vinyl record album

Beast From The East
United Artists, 1975. Very Good+
LP...$9.99
Post-Polygram, but still some nice funkiness from this classic 70s group. The record's got much of the feel of their early 70s work – with lots of tasty electric keyboards, soulful percussion, and an always-driving groove. Titles include "Disco Lypso", "Honey Butt", ... LP, Vinyl record album