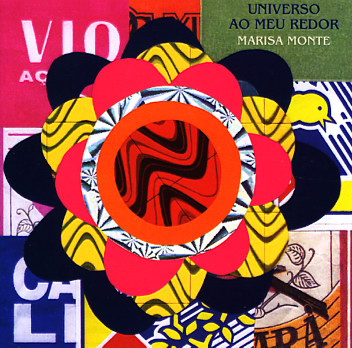 A real departure for Marisa Monte – an album of samba tunes done in mostly traditional modes! The style here is often simple and classic – bits of guitar, percussion, cavaquinho, and slight use of keyboards to warm things up a bit – but mostly in a way that allows for the strongest focus on Marisa's vocals, and only a hint of the playfully modern touches of some of her other work. Guest stars include David Byrne, Paulinho Da Viola, Daniel Jobim, and others – but the real focus here is on Marisa, on titles that include "Universo Ao Meu Redor", "Statue Of Liberty", "Tres Letrinhas", "Perdoa Meu Amor", "Cantinho Escondido", "Vai Saber", "Para Mais Ninguem", and "Quatro Paredes".  © 1996-2021, Dusty Groove, Inc.

O Que Voce Quer Saber De Verdade (180 gram pressing)
Blue Note/Polysom (Brazil), 2012. New Copy (reissue)
LP...$32.99 39.99
Wonderful work from Marisa Monte – and a set that may well be the greatest record we've heard from her in years! There's a freshness here that grabs us right away – with the lure we felt when first hearing Monte's music many years ago, but cast here in a completely different style, too ... LP, Vinyl record album

Hoje E O Primeiro Dia Do Resto Da Sua Vida (180 gram pressing)
Polydor/Polysom (Brazil), 1972. New Copy Gatefold (reissue)
LP...$32.99 39.99
A tripped-out batch of hard jamming tracks from ex-Mutante Rita Lee – recorded with assistance from all the members of the group at the time, but in a mode that's quite different overall! Lee is clearly the star of the show here – singing all lyrics with a much fiercer vocal approach ... LP, Vinyl record album