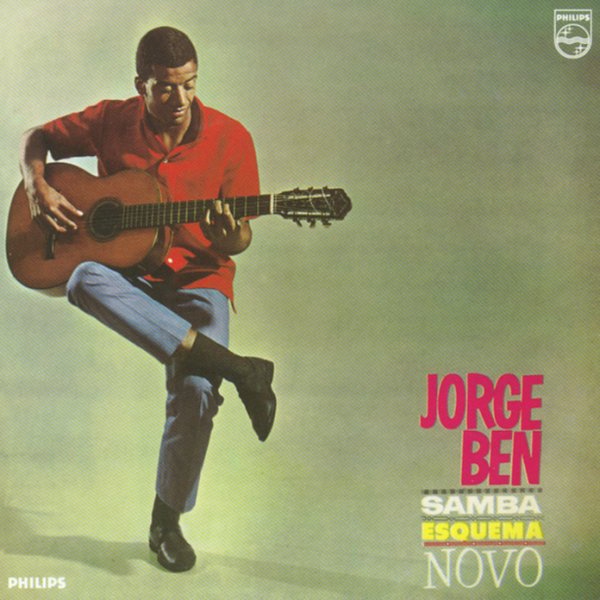 The start of an amazing legacy in Brazilian music – and a record that really lives up to its title! Jorge Ben completely reinvents the samba here – and comes up with his own new groove in the process – by blending sharp acoustic guitar lines with rootsy percussion – all at a level that's far more rhythmic than the used of the instrument in bossa nova. There's definitely a bossa element – but Joao's singing is a lot more soulful, as is the overall performance – and the styles started here not only launched Ben's career, but also had a huge influence on generations of musicians to come! Titles include the sublime original version of "Mas Que Nada" - plus "Tim Dom Dom", "Chove Chuva", "A Tamba", "Balanca Pema", and "Rosa Menina Rosa". Great stuff, and essential all the way through – we promise!  © 1996-2022, Dusty Groove, Inc.

Sacundin Ben Samba (180 gram pressing)
Philips/Polysom (Brazil), 1964. New Copy (reissue)
LP...$36.99 39.99 (CD...$11.99)
One of Jorge Ben's greatest albums – a groundbreaking blend of samba and soul that forever went onto transform the face of Brazilian music! The record works off the groove set down by Jorge's earlier hit "Mas Que Nada" (which appears on another LP), and takes the blend of bossa, ... LP, Vinyl record album