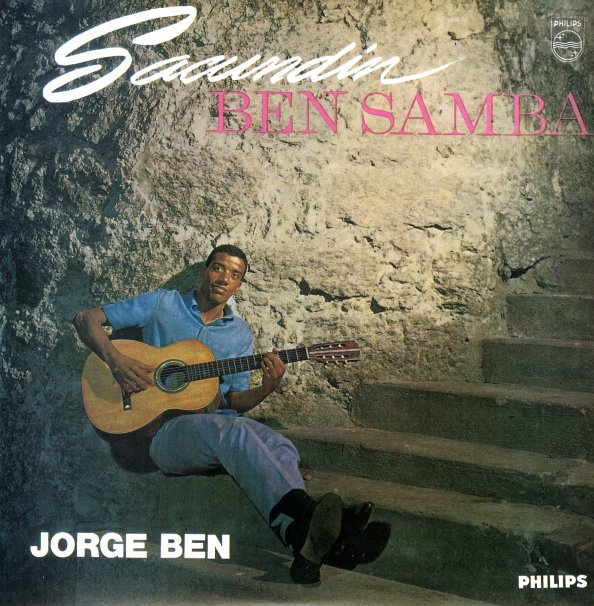 One of Jorge Ben's greatest albums – a groundbreaking blend of samba and soul that forever went onto transform the face of Brazilian music! The record works off the groove set down by Jorge's earlier hit "Mas Que Nada" (which appears on another LP), and takes the blend of bossa, samba, and jazz, and infuses it with a sense of folksy soul delivered by Jorge's raspy vocals and acoustic guitar work. The combination of styles works perfectly – and every track on the album sparkles with a sense of excitement and new musical discovery that will probably blow away most of the recent records you've bought for your collection! Titles include "Nena Nana", "Espero Por Voce", "Nao Desanima, Joao", "Carnaval Triste", "Gimbo", "Capoeira", and "Anjo Azul".  © 1996-2023, Dusty Groove, Inc.