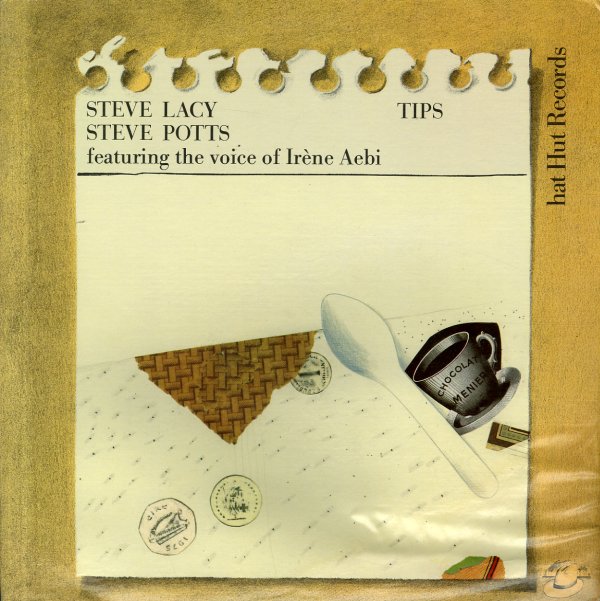 Steve Lacy works here with one of his best partners of the 70s – altoist Steve Potts – whose tone and phrasing always turns out to be a perfect match for Lacy's ideas! And the duet also get some great accompaniment from vocalist Irene Aebi – who's almost has more presence here when she makes an appearance, but at a level that's arguably stronger and more powerful than some of her other contributions to Lacy records – this unusual manner of vocalizing that almost puts her in the Saravah Records tradition of Brigitte Fontaine, in terms of creativity and moving beyond the boundaries of language. Irene's words are more musical elements than anything else – giving shape to the start of each selection, then dropping out to make the interplay between Lacy's soprano and Potts' alto seem even warmer and more organic. The album features one long track – "Tips" – divided up into fourteen lettered sections.  © 1996-2022, Dusty Groove, Inc.
(Beautiful package – with a heavy Japanese-style paper sleeve!)