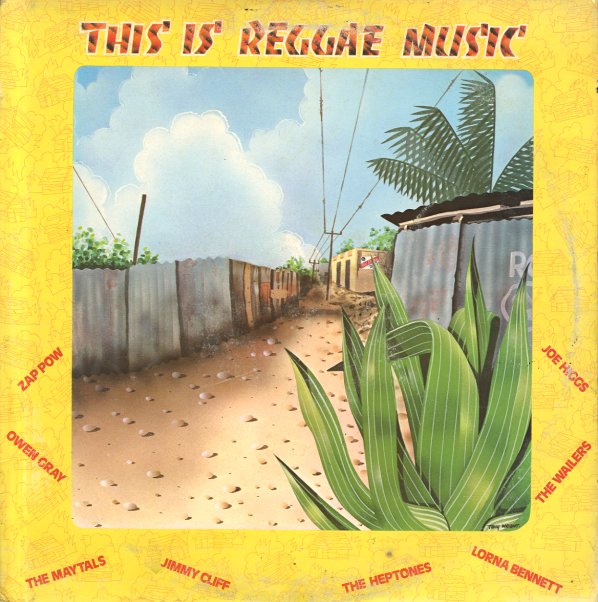 Also available
Various — This Is Reggae Music ... CD 9.99
Another volume of this "loss leader" type collection, bringing together some of the more memorable tunes from the Island catalog of the 70s : "This Is Reggae Music" by Zap Pow, "I Shot The Sheriff" & "Concrete Jungle" by the Wailers, "The World Is Upside Down" by Joe Higgs, "Hey Yesterday" by Jimmy Cliff, "Funky Kingston" & "Louie, Louie" by the Maytals, "Breakfast In Bed" by Lorna Bennett, "Guava Jelly" by Owen Gray and "Book Of Rules" by the Heptones.  © 1996-2022, Dusty Groove, Inc.
(Original pressing with Kendun stamp. Cover has light wear.)