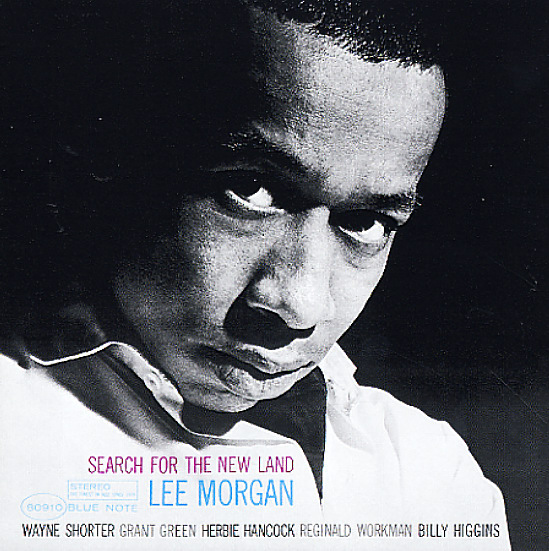 A brilliant album that proves that even at the height of his success, Lee Morgan was one of the freest thinkers on Blue Note – always coming up with fresh ideas that continued to grow his talents! The first cut on the album is keep roof of that fact – the title track "Search For The New Land" – a beautiful 16 minute exploration of modal jazz themes, with an unusual stop/start device as a means of ushering solos by different bandmates – including Wayne Shorter on tenor, Grant Green on guitar, and Herbie Hancock on piano! The approach is unlike anything that Morgan ever did before – and unlike most of other Blue Note as well – and it also benefits from great rhythmic help from Reggie Workman on bass and Billy Higgins on drums. Other tunes are a bit more conventional, but still pretty special – like some of Morgan's inventive work on the Rajah albums – with titles that include "The Joker", "Melancholee", "Mr. Kenyatta" and "Morgan The Pirate".  © 1996-2023, Dusty Groove, Inc.
(2003 RVG pressing.)

Finger Poppin' With The Horace Silver Quintet (24 Bit RVG Remaster)
Blue Note, 1959. Used
CD...$7.99
Classic Blue Note work by Horace Silver – the stuff that soul jazz legends are made of, and an album that showed he was destined to be a huge force away from the Jazz Messengers! Blue Mitchell and Junior Cook hold down the frontline with Horace – playing in a mellifluous style that ... CD