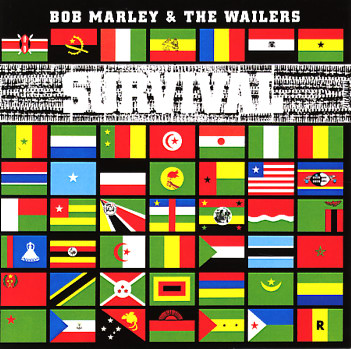 One of the sharpest, most righteous albums from Bob Marley – in case you couldn't guess from the title, which is his response to a recent assassination attempt! The whole thing's got a very classic vibe – and the lyrics have even more of a political current than some of Marley's other music from the period – a renewed sense of purpose that rises with a global anthemic power that really echoes the different national spirits pictured on the cover! Titles include "Ambush The Night", "Ride Natty Ride", "One Drop", "So Much Trouble", "Zimbabwe", "Wake Up & Live", "Africa Unite", and "Top Rankin".  © 1996-2023, Dusty Groove, Inc.
(Blue label pressing. Includes the printed inner sleeve. Cover has light ring & edge wear, ghost sticker spot. Name in pen on cover and labels.)