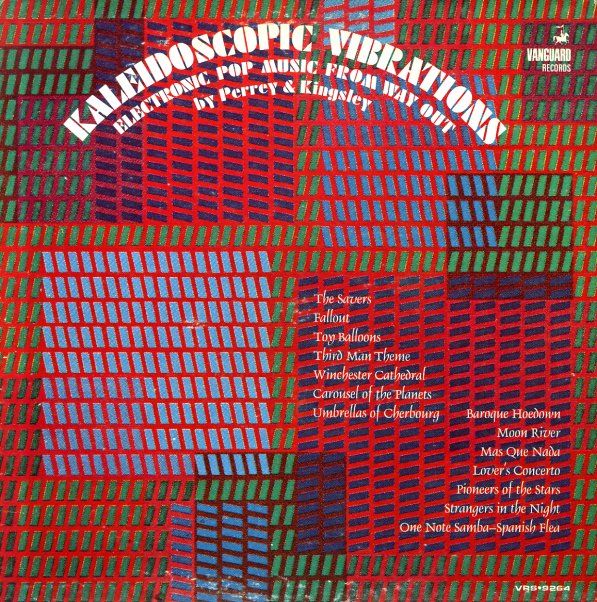 One of the legendary Perry & Kingsley moog records, with all of their early experiments with the instrument, and all of the weird tape cut-ups and production effects, over some versions of cool sixties pop stuff, and a host of original tracks. Titles include "Pioneers Of The Stars", "Fallout", "One Note Samba", "Umbrellas of Cherbourg", "The Savers", and "Toy Balloons". Also with a nice version of "Mas Que Nada"!  © 1996-2022, Dusty Groove, Inc.
(Gold label stereo pressing. Cover has light wear and aging.)