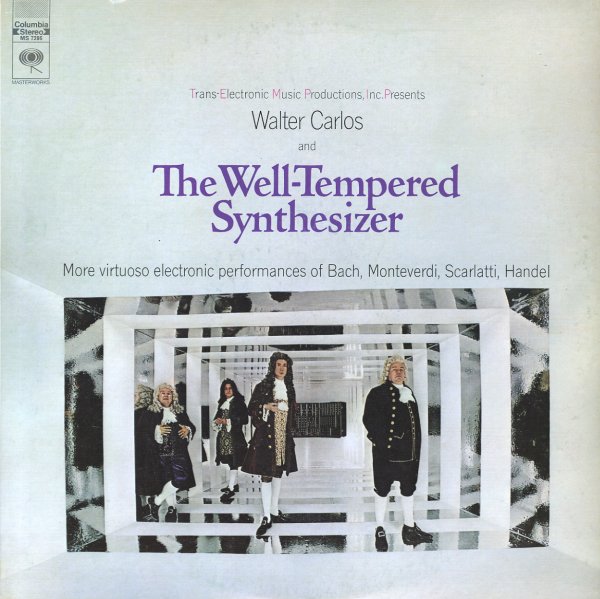 Walter Carlos (now Wendy) performs electronic versions of many classics on the Moog. If nothing else, this is an interesting period piece, though on a certain level we're quite fond of it, oth in it's performance and it's motivation. Moogy takes of Monteverdi's "Orfeo" suite, several Scarlatti sonatas, Handel's "Water Music", Brandenberg's "Concerto no 4 in G Major" and Monteverdi's "Domine Ad Adjuvandum".  © 1996-2022, Dusty Groove, Inc.
(360 Sound stereo Masterworks pressing. Includes the insert that is folded in quarters and wrinkled. Cover has some surface wear, a tracklist sticker, a hype sticker and partially split spine and bottom.)