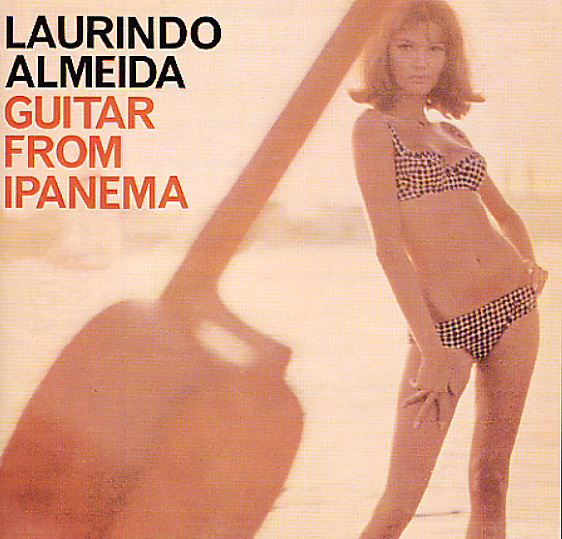 Breezy bossa nova – Hollywood 60s style! The album's one of the best cut for Capitol by guitarist Laurindo Almeida – and has a sweet groovy little style that features Laurindo's lovely guitar work over some lightly dancing small combo backings that include flute, harmonica, organ, percussion, and even a bit of whistling on a few tracks! The vibe's very much in the best Verve/Impulse takes on the bossa – done with a clear California influence, which keeps things cool and breezy – and which also pushes Almeida past his sometimes-staid style on guitar. Two cuts also feature some great vocals by Irene Kral – and titles include "Twilight In Rio", "Old Guitaron", "Sarah's Samba", "Izabella", "Winter Moon", "Girl From Ipanema", and "Choro For People In Love".  © 1996-2023, Dusty Groove, Inc.
(Rainbow label stereo pressing. Vinyl has a mark that clicks a bit on "Quiet Nights Of Quiet Stars". Cover has some wear and aging, small splits in the spine, and splitting in the bottom seam.)

Caribbean Moonlight (10-inch)
Capitol (Japan), Mid 50s. Very Good
LP...$11.99 14.99
Not as all-out exotic as some of Les' earlier Capitol albums, but still pretty darn great! The theme here is Carribean exotic, and the rhythms have a little bit more of Cuba and Haiti than they do of primitive Borneo. Les handles them nicely, as always, and contributes some wonderful arrangements ... LP, Vinyl record album