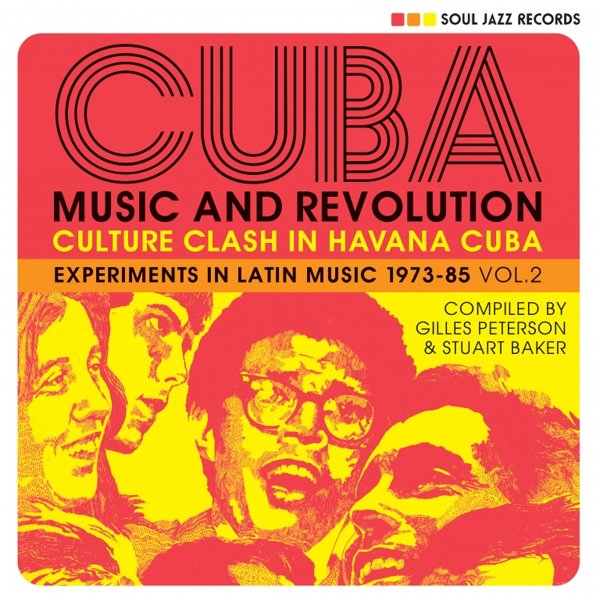 Also available
Various — Cuba – Music & Revolution Vol 2 – Culture Clash In Havana – Experiments In Latin Music 1973 to 1985 (3LP set) ... LP 39.99
Forget any cliches you might have in mind about Cuban music – that idea that all the "old guys" of the Buena Vista Social Club were responsible for most of the sounds of Havana – because here, you'll hear amazing sounds from the younger generation – an amazing array of talents who were really transforming the scene in the 70s and early 80s! Sure, there's some familiar elements here – many of the artists start with older Afro Cuban roots – but the music also really takes off with all sorts of weird and wonderful touches – bits of funk, soul, jazz, and even some electronics – used in really compelling ways that definitely live up to the "experiments" in the title, but continue to provide the sort of groove you'd imagine from Cuban music. We loved the previous volume in this series, and we might well say that the second one is even better – with a stunning set list of tracks that includes "El 456" by Los Brito, "Luces En La Pista" by Raul Gomez, "Tema De El Rancheador De La Naturaleza" by Leo Brouwer, "Y Que Bien" by Juan Pablo Torres, "Quemando" by Los Latinos, "Muevete Con Las Fuerzas Del Corazon" by FA 5, "Amame Y No Piensas Mas" by Farah Maria, "La Rumba" by Luis Carbonell "Llegue Llegue" by Juan Formel & Los Van Van, "Para Que Niegas" by Los Papines, "Baila Mi Guaguanco" by Grupo Raices Nuevas, "Como Arrulos De Palma" by Tambores De Enrique Bonne, "Expreso Ritmico" by Ricardo Eddy Martinez, and "Aqui Estamos" by Grupo Sintesis.  © 1996-2022, Dusty Groove, Inc.