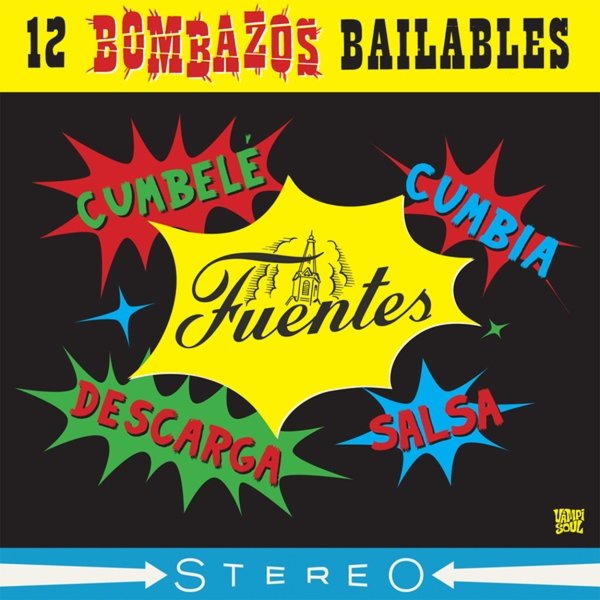 A dozen heavy groovers from the legendary Discos Fuentes – pulled from a time when the Colombian label was really finding its sound and strengths – mixing together older strands of Afro Cuban inspiration with a special vibe that would soon make their scene rival the Latin music power of New York and Puerto Rico! The percussion is pretty darn heavy on most of these tracks – almost a fusion of the rootsier modes of early years with some of the more sophisticated musical elements developed in the small combo years of the New York 60s Latin scene – but also touched with some styles that are completely Colombian, yet still in a formative early moment that's never predictable or commercial at all. Titles include "Atiza Y Ataja" by Los Supremos, "El Vidriero" by Fruko Y Sus Tesos, "Coco May Ma" by Combo Las Vegas, "Cumbia En Do Menor" by Lita Barrientos, "Manue" by Michi Sarmiento Y Su Combo Bravo, "Cumbia Loca" by Conjunta Miramar, "Safari Safari" by Tita Duval Y El Nuevo Ritmo De Bobby Ray, and "La Pluma" by Peregoyo Y Su Combo Vacana.  © 1996-2023, Dusty Groove, Inc.