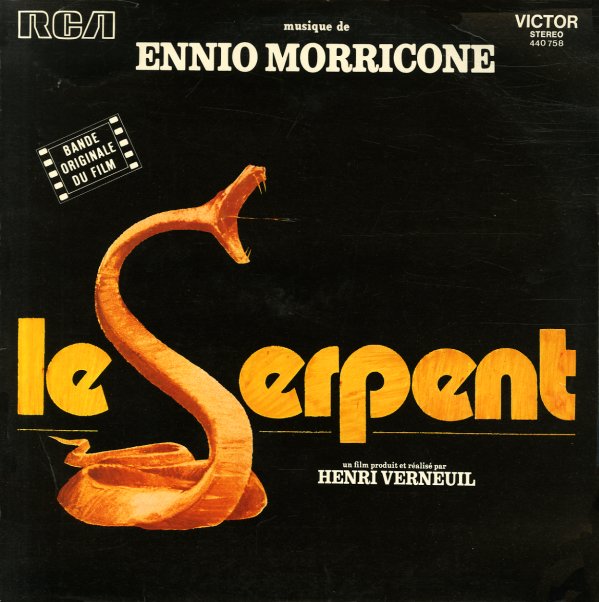 A real European classic from Ennio Morricone – one of his fantastic soundtracks for French director Henri Verneuil – who always seemed to manage to bring the best out in the maestro! As with some of Morricone's other music for Verneuil, there's an approach here that almost doesn't even seem to fit the images on the screen – moments of wonderful instrumental sensitivity, with those spare passages that Ennio does better than anyone else – mixed with groovier cuts that set the scene for some of the action in the story, but at a level that's almost anti-cinematic, given they way they can stand here on their own. The main "Il Serpente" theme is great – and other tracks include "Canzone Lontana", "Nadine", "Orazione", "Tema Per Una Donna Sola", and "Parata Militare". This great CD edition features 13 more bonus tracks – which makes for a whopping 72 minutes of music!  © 1996-2022, Dusty Groove, Inc.

Chronicle – Ernst Reijseger & Werner Herzog Film Scores
Caldera (Italy), Late 2000s/2010s. New Copy
CD...$13.99 (CD...$11.99)
Sublime sounds from cellist Ernest Reijseger – an artist who we mostly know for his work in the field of improvised music, but who's also become one of the key soundtrack composers to work with director Werner Herzog over the past 20 years! In fact, it might well be said that Ernest is ... CD