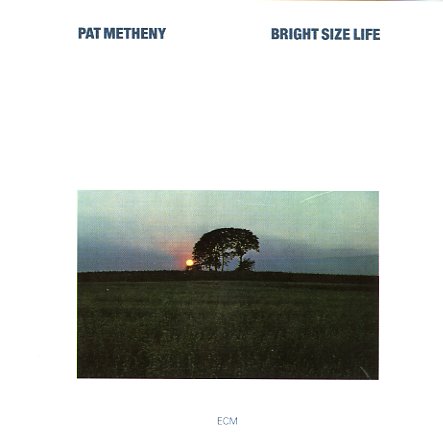 One of Metheny's seminal sides for ECM, in a trio with Jaco Pastorius and Bob Moses. 8 tracks in all, including "Bright Size Life", "Sirabhorn", "Unity Village", "Missouri Uncompromised", "Midwestern Nights Dream", "Ubiquity Road", "Omaha Celebration" and "Round Trip/Broadway Blues".  © 1996-2021, Dusty Groove, Inc.
(Booklet has a faint water stain, nothing major.)