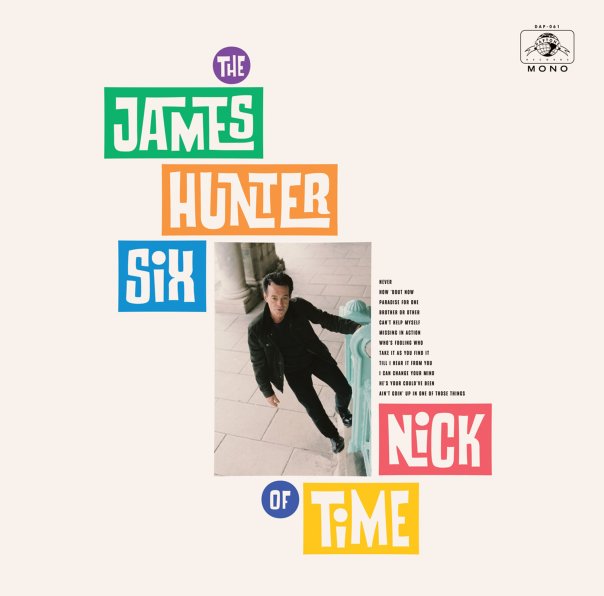 One of the best things that ever happened to singer James Hunter was the moment he formed his James Hunter Six – a great combo who've really helped Hunter deepen his groove in recent years! James was always a great vocalist – one of the best blue-eyed soul singers of the past 20 years – but with the Six, he's got this rock-solid vibe that really seems to bring out his best – as the group effortlessly moves between late R&B, 60s soul, and a few 70s influences – all with a style that's nicely left of center, and which never makes you feel like James and the group are trying to just echo the past! Instead, there's a personal approach that sets Hunter apart from the pack – one of those really unique talents in the world of soul, maybe like The Peddlers or Lonnie Satin, to name two of our favorites. All tracks are Hunter originals – and tunes include "Missing In Action", "Nick Of Time", "Who's Fooling Who", "Paradise For One", "He's Your Could've Been", and "Brother Or Other".  © 1996-2021, Dusty Groove, Inc.
(Includes bonus download card.)