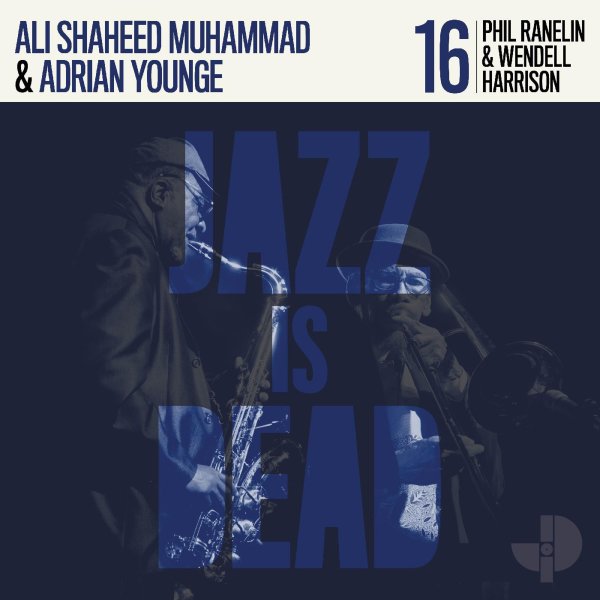 Also available
Adrian Younge & Ali Shaheed Muhammad with Phil Ranelin & Wendell Harrison — Jazz Is Dead 16 – Phil Ranelin & Wendell Harrison ... LP 25.99
The Jazz Is Dead series goes mighty deep with this gem of a record – opening the door for two legendary Tribe Records talents from the Detroit scene of the 70s – reedman Wendell Harrison and trombonist Phil Ranelin – both of whom sound superb throughout! As with other volumes in the JID series, the production pair really adapt their sound and strategy to fit the best modes of the guest – so that this time around, Ali Shaheed Muhammad's just adding some strong basslines to the tunes, and Adrian Younge plays a variety of keyboards and guitar – yet neither get in the way of the vision that's clearly coming from both Harrison and Ranelin! Tracks almost feel like an update of older Tribe Records modes – and drummer Greg Paul provides a nice crisp crackle at the bottom. Tunes include "Running With The Tribe", "Ursa Major", "Black Census", "Open Eye", "Genesis", and "Fire In Detroit".  © 1996-2023, Dusty Groove, Inc.