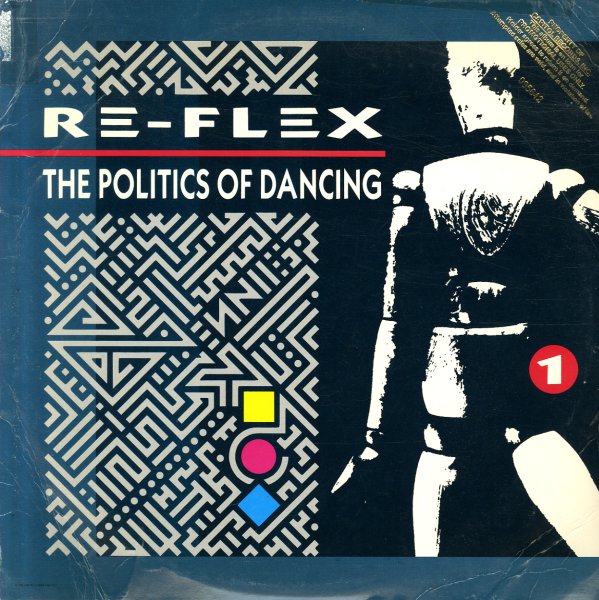 Reflex never had much of a long recorded legacy – but they certainly made their mark with this classic album of 80s electro pop! The tunes follow somewhere in the territory of contemporaries like Human League or Ultravox, but also maybe have a quirkier vibe that's more in the spirit of the indie scene – especially in the ways the keyboard lines and vocals take on all these odd inflections – maybe a nod towards soulful styles, but also a mode that quickly fell out of favor overseas – but which is also what makes the whole thing so completely charming! Titles include the big title hit "The Politics Of Dancing" – and "Hitline", "Hurt", "Couldn't Stand A Day", "Jungle", "Sensitive", "Keep In Touch", "Praying To The Beat", and "Pointless". 2CD version features lots of bonus tracks – "True Lust", "Hurt (12" Pete Smith emotional mix UK version)", "What You Deserve", "The Politics Of Dancing (12" ext mix)", "Cruel World (12" ext mix)", "Praying To The Beat (12" ext mix)", "Flex It (12" ext mix)", "Hit Line (12" ext mix)", "Cut It (12" ext mix)", "Hurt (12" John Luongo emotional mix US version)", "Politics Of Dancing (US 7" version)", "Flex It (7" echo mix)", and "Hurt (US 12" rubber dub mix)".  © 1996-2021, Dusty Groove, Inc.

Self Control (2CD version – with bonus tracks)
Atlantic/Cherry Pop (UK), 1984. New Copy 2CDs
CD...$12.99
Laura Branigan gets some help here on arrangements from Harold Faltermeyer – who makes things a bit funkier than you might expect – although still very much in the kind of poppy style he used famously on some big 80s soundtracks! The mode works well for Laura – whose approach is ... CD