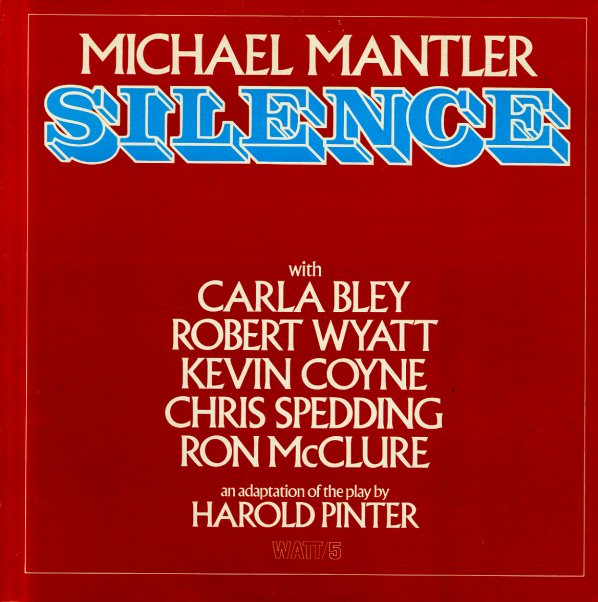 A very unusual project from Michael Mantler – a mixture of spoken word and music, based on a work by Harold Pinter – with voice from Robert Wyatt, Carla Bley, and Kevin Coyne – plus keyboards from Bley, percussion from Wyatt, and guitars from Chris Spedding!  © 1996-2022, Dusty Groove, Inc.
(Sealed original US pressing!)

80/81
ECM, 1980. Very Good 2LP Gatefold
LP...$5.99
One of the most striking Pat Metheny albums of the period – as the set features the guitarist working with an all-star group that actually features 2 horn players! The group's a quintet, with Dewey Redman and Michael Brecker on tenor sax – blowing in open and spacious modes that ... LP, Vinyl record album

Matchbook
ECM, 1974. Near Mint-
LP...$6.99
Two of the greatest things going for ECM in the 70s – brought together on one record! The vibes of Gary Burton are a wonderful match for the careful guitar work of Ralph Towner – particularly his 12-string guitar, which is used in a space that's somewhere between folk and jazz, and ... LP, Vinyl record album

As Falls Wichita, So Falls Wichita Falls
ECM, 1981. Very Good+
LP...$16.99
One of our favorite Metheny moments ever – and one of the few albums of his that we can go back to, and still enjoy heartily! The album's wonderfully stripped down – and features only guitar by Metheny, keyboards by Lyle Mays, and percussion and vocals by Nana Vasconcelos, all blended ... LP, Vinyl record album

Ritual
ECM, 1977. Near Mint-
LP...$4.99
The best Keith Jarrett spirit of the 70s – those long, exploratory lines he virtually invented on solo piano – performed here by pianist Dennis Russell Davies! The set's one of the warmest we've ever heard from Davies – as he spins out on two side-long interpretations of this ... LP, Vinyl record album