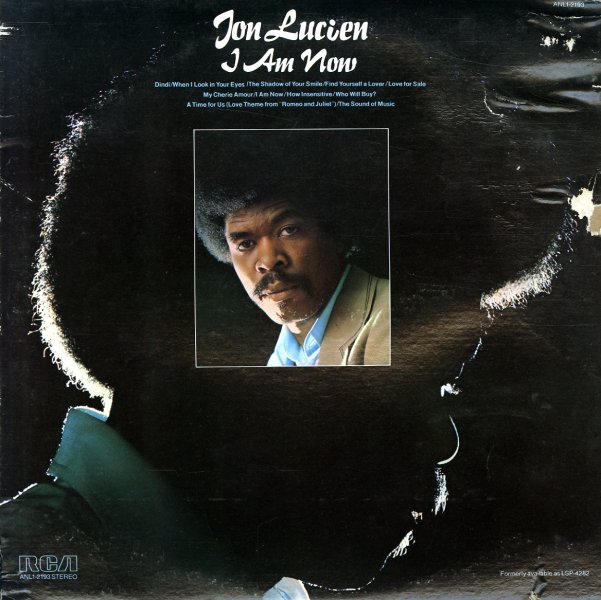 The beginning of an amazing run on RCA for vocalist Jon Lucien – working here in a sublime blend of styles that's way beyond simple soul or standard jazz! Lucien's got a sound that's unlike anything we can think of – apart from the countless imitators who've tried for his style in recent years – and this initial RCA album is a musical masterpiece that's filled with joy, life, and emotion – all without any of the cliches that such a reference might imply! Arrangements are by Lucien, with some occasional help from Horace Ott and Stanley Rubinstein – all a swirling blend of strings, jazz, and some groovier rhythms at the bottom that have made this record an underground favorite for years. Titles include a killer version of "Who Will Buy", done as a breezy jazz groover, in a way that's made it a classic jazz dance track for years – plus "I Am Now", "How Insensitive", "Love For Sale", and "Dindi" – all given the lush, lovely, swirling, soulful Lucien sound! This is the second pressing – with Jon's face in an inset image on a dark cover.  © 1996-2020, Dusty Groove, Inc.
(Second pressing, without the liner notes on the back. Cover has a small cutout notch.)