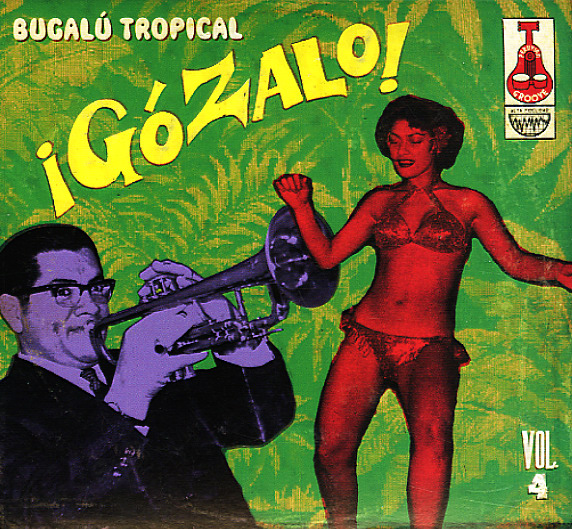 An ear-opening collection of work from the Peruvian scene of the late 60s – kind of a secret hotbed of Latin grooves, at least to our American ears – and one that was overflowing with some of the best elements of the small combo scene at the time! These guys clearly take a lot of inspiration from the groundbreaking material of the Joe Cuba Sextet, but they also move the music in lots of other directions too – sometimes with a bit of cumbia in the rhythms, other times more of a descarga mode, and almost always with a lot of jazz instrumentation over the top. There's plenty of the soulful elements you'd expect from the boogaloo reference in the title, but there's also lots more too – served up in a set of 28 gems from the Mag label, with titles that include "Kintos Instrumental" by Los Kintos, "Saludo Maracaibo" by Pedro Miguel Y Sus Maracaibos, "Cumbayea" by Mario Allison Y Su Combo, "La Guarachera" by Nico Estrada Y Su Sonora, "Malambo" by Los Diablos Rojos, "La Charanga Del Espacio" by Carlos Pickling Y Orquesta, and "Busco Una Chiquita" by Coco Lagos Y Sus Orates.  © 1996-2022, Dusty Groove, Inc.

Afrofilipino (with bonus tracks)
Salsoul/Octave (Japan), 1975. New Copy
CD...$13.99 14.99
An amazing crossover moment of the 70s Latin scene! During the 60s Joe Bataan had been experimenting with the many different mode of Latin Soul – crossing over styles in a way that not only reflected his complicated roots, but which also tried to break Latin music out of the small uptown ... CD

16 Rayos
Daptone, 2021. New Copy
CD...$12.99 13.99 (LP...$15.99)
Bold rays of sunlight from Orquesta Akokan – a contemporary group, but one who recorded this set in Havana's legendary Egrem Studios – which is part of the very classic vibe throughout! There's plenty of younger Latin combos that have been serving up old school modes in recent years ... CD