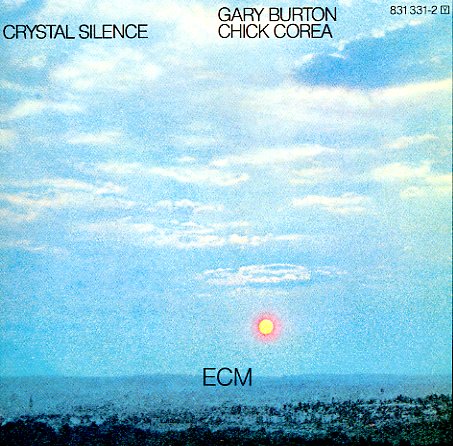 Mellow vibes and spacious piano – a 70s classic from the team of Chick Corea and Gary Burton, serving up some of their finest work of the decade! The style is a bit mellower and more contemplative than some of Chick's harder-hitting fusion of the time – and he seems to nicely borrow a page from Burton's book on the record, letting space seep into the tracks as much as his own work on the acoustic piano – which is used here in a warmer, more contemplative mode than we normally expect from Corea. Titles include "Senor Mouse", "Desert Air", "I'm Your Pal", "What Game Shall We Play Today", "Crystal Silence", "Falling Grace", and "Children's Song".  © 1996-2023, Dusty Groove, Inc.
(US pressing. Cover has light wear and aging, a name in pen, and an unglued seam.)