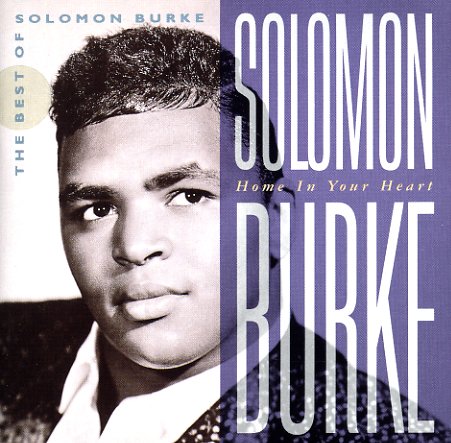 Home In Your Heart – Best Of Solomon Burke

Genius – pure genius! Solomon Burke is one of those soul singers you always hear folks about, but who you never seem to get to hear as much as folks like Otis Redding, Ray Charles, Wilson Pickett, or any of his other label-mates on Atlantic. This excellent 2CD set will correct that problem – as it brings together 41 tracks from Solomon's glory days at Atlantic, and the selection of material is fantastic all the way through. Solomon's voice is indescribably majestic – soaring over the top of the tightly-woven arrangements that were some of Atlantic's first real forays into soul music. The set does a good job of showing the full range of his talents during the 60s – and it moves way past the few hits he had, which always seem to get repeated endlessly when anyone brings up his name. Tracks include "Save It", "Get Out Of My Life Woman", "Detroit City", "Take Me (Just As I Am)", "When She Touches Me (Nothing Else Matters)", "Looking For My Baby", "I'm Hanging Up My Heart For You", "Cry To Me", "If You Need Me", "The Price", "You're Good For Me", "Words", "It's Been A Change", "Time Is A Thief", "Stupidity", and "Woman, How Do You Make Me Love You Like I Do".  © 1996-2022, Dusty Groove, Inc.
(Out of print.)

Oasis
Atlantic, 1988. Used
CD...$6.99
Roberta Flack sounding freshly inspired in the late 80s – her first new album in years – and it's a really strong one! The first thing that jumps out at us is how wonderful her voice continues to be –she's recognizable from the first syllable, and it's right it home with a ... CD

LaVern Baker/LaVern
Collectables/Atlantic, Late 50s. Used
CD...$6.99
Classic Atlantic work by Lavern Baker – forged in the pre-soul years, but with plenty of gutsy vocalizing, and a killer sound that transcends the age of the recordings! The CD features a total of 26 tracks – the entirety of the albums LaVern and LaVern Baker, both of which are super-rar ... CD