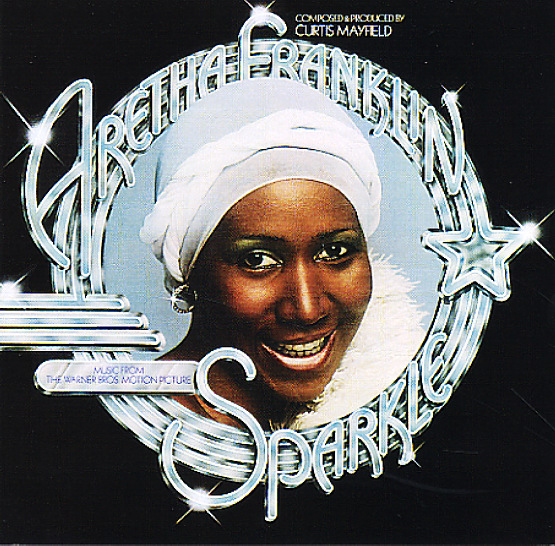 Also available
Aretha Franklin — Sparkle – Music from the Original Motion Picture (clear vinyl pressing) ... LP 24.99
A classic 70s soul soundtrack – and a dream of a combination! Curtis Mayfield wrote the soundtrack and produced the album – and the result is a killer batch of 70s soul tracks that matches Aretha's strong vocals with the hip Curtom sound of Chicago! Aretha was still doing pretty well at this point, but the album really gave her a push – and the super-hip setting let her record some of her best work of the 70s. If you own only one Aretha Franklin album from the 70s, it should probably be this one – as the mixture of soul, funk, and soundtrack grooves is great, and a refreshing change from some of the cliches that could show up on other records. Features the sublime "Something He Can Feel", plus "Loving You Baby", "Look Into Your Heart", "Sparkle", and Jump".  © 1996-2023, Dusty Groove, Inc.
(Still sealed, with hype sticker and a cutout notch.)