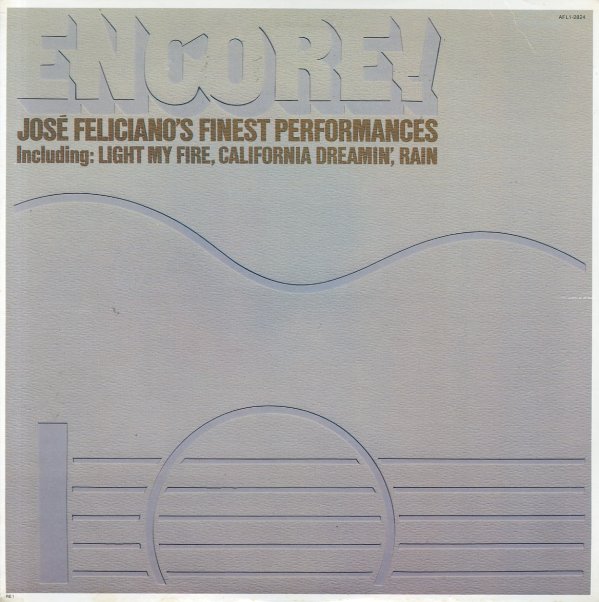 A great summation of Jose Feliciano's genius during his initial years at RCA – that unique mix of Chicano soul, acoustic folk, and Latin rhythms that made him sound unlike anyone else at the time! There's a charm to this work that's undeniable – an instantly compelling feel that makes you understand just why folks went so nuts for Jose right from the start, and why his particular growth and contribution to American music was as important from his perspective during these years as was Stevie Wonder's over at Motown! The set features a mix of live work, singles, and album tracks – and titles include his haunting version of "California Dreaming", plus "Hitchcock Railway", "Nature Boy", "Light My Fire", "Susie Q", "Hi Heel Sneakers", "Destiny", "Malaguena", "Life Is That Way", and "Rain".  © 1996-2022, Dusty Groove, Inc.
(Orange label stereo pressing in the embossed textured cover.)