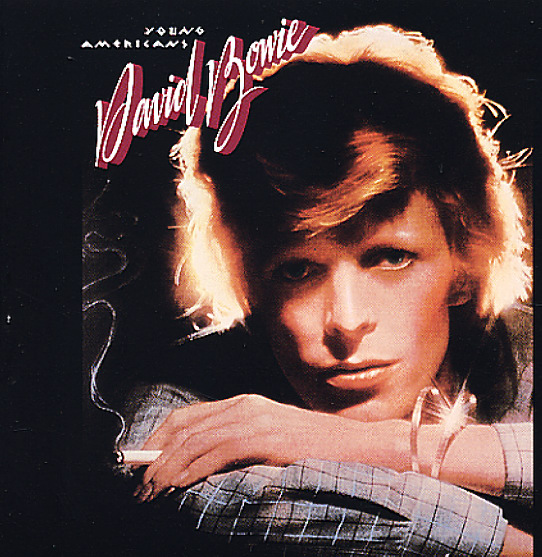 A brilliant soul album! That's right, we said SOUL album! Bowie was at the height of his Ziggy Stardust fame when this one was recorded – a drastic left-turn in styles, forged during a point in his American tour when he could take a break, head to Philly, plug in at the Sigma Sound Studios, and come up with some fantastic little soul tunes, thanks to help from Luther Vandross! The album sparkles with the best sound of Luther's early work – and you'll hear more than a bit of Luther's work on his own, and his tunes with Gregg Diamond on the set. Features the sublime tracks "Win", "Fascination", "Right", "Somebody Up There Likes Me", and "Can You Hear Me" – as well as the hits "Young Americans" and "Fame".  © 1996-2022, Dusty Groove, Inc.