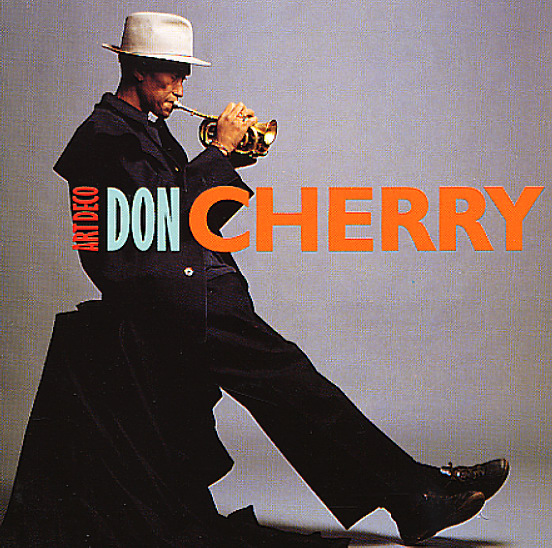 A late, straight side from Cherry, and a nice one at that! Cherry's joined by West Coast jazz men from his past James Clay, Charlie Haden And Billy Higgins, for a nice set with standards intermingled with the group's own tunes and a couple of Ornette numbers, too. The readings are crisp yet expansive, with these elder statesman delivering performances that betray the confidence they've built up over many years of playing. 10 tracks in all: "Art Deco", 'When Will The Blues Leave", "Body & Soul", "Bemsha Swing", "Maffy", "Folk Medley", "The Blessing", "Passing", "I've Grown Accustomed To Your Face" and "Compute".  © 1996-2022, Dusty Groove, Inc.
(Cover has a promo stamp and a very light stain at the bottom 3 inches.)

Relativity Suite
JCOA, 1973. Near Mint-
LP...$24.99
One of Don Cherry's most spiritual, far-reaching projects – a wonderful record that builds both on his key avant work of the 60s, and some of the globally-inspired sounds he was cutting overseas! This date was done in close collaboration with the New York underground of the time – and ... LP, Vinyl record album

Awakening
A&M/Horizon, 1975. Near Mint- Gatefold
LP...$9.99
Great stuff from Sonny Fortune – emerging here as a strong leader with a spiritual soulful style that was steeped in traditions from labels like Strata East and Muse, but which also worked quite well in the slightly-expanded setting of A&M's Horizon projects. The group here is a well-sele ... LP, Vinyl record album

People's Republic
A&M, 1976. Near Mint- Gatefold
LP...$19.99
A surprising release on A&M for the Revolutionary Ensemble – formerly a much more underground group, but still sounding great here recording for a bigger label! The lineup features Jerome Cooper on piano, bugle, drums, and a variety of percussion instruments – with Sirone on bass ... LP, Vinyl record album