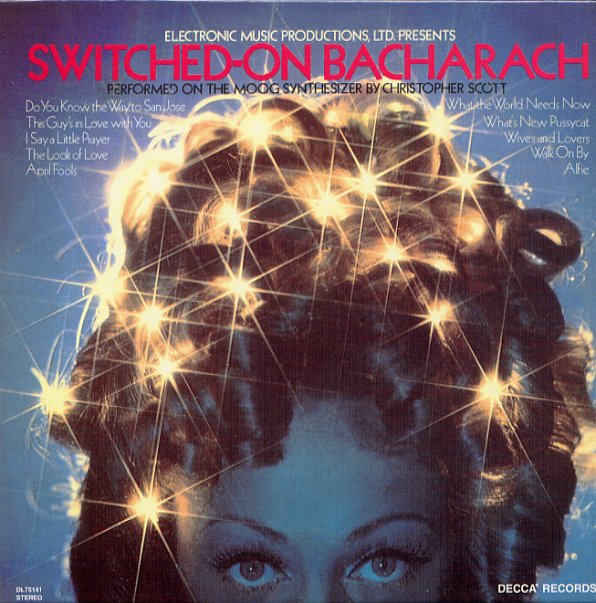 Bacharach and moog – what a combination! The album features moogy versions of Burt's biggest hits of the 60s – played in a weird and moody style by Christopher Scott, and presented with a very good sense of Bacharach's original timing and poise for the tunes. The combination shouldn't work, but it does – and a whole new sound is pulled out of little gems that include "What's New Pussycat?", "April Fools", "I Say A Little Prayer", "Look Of Love", and "Wives & Lovers".  © 1996-2021, Dusty Groove, Inc.
(Cover has light wear.)