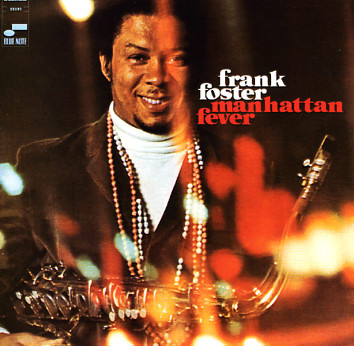 Lean, righteous blowing from the legendary Frank Foster – one of a handful of extremely hip sessions he cut in the 60s under his own name! The album's the only record Foster ever did for Blue Note – and we dare say it's even better than his previous 60s work on Prestige and Impulse – with a quality that's even darker, even deeper, even more advanced from his earlier years with Basie. There's a rolling, joyous groove to many numbers – that late 60s take on soul jazz that made for so many great tracks on albums by Hank Mobley or Lee Morgan near the end of the decade. Foster keeps things tight, but he's also got an expansive vision too – an edge in the horns that points the way towards some of the chances he'd take in the 70s, but which is still wrapped around a leanly leaping soul jazz groove! Foster wrote 5 of the 6 tracks on the album, and he's working here with a sextet that includes Garnett Brown on trombone, Marvin Stamm on trumpet, and Richard Wyands on piano, who brings in some offbeat notes and colors throughout. Rhythm is by the excellent team of Bob Cranshaw on bass and Mickey Roker on drums – and titles include "Seventh Avenue Bill", "Stammpede", "Little Miss No Nose", "Manhattan Fever", and "Loneliness".  © 1996-2022, Dusty Groove, Inc.
(Original Liberty stereo pressing with Van Gelder stamp. Side two has a mark that clicks for half the side – but overall, the rest of the record is nice – and cover is great.)