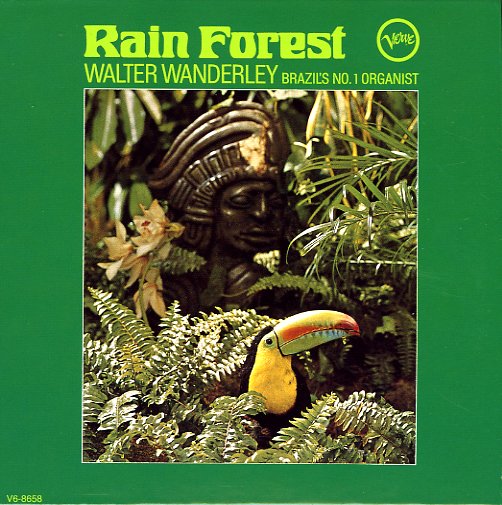 An album that not only broke the bossa big in the US – but a set that also really helped transform the sound of the organ in jazz! Not only is the record a key meeting of bossa rhythms and jazz organ – transplanted hugely to the US after a big initial Wanderley run in 60s Brazil – but the set also features some of the cleanest organ lines to ever hit these shores – a big difference from the heavier flutter that some of the US organists were using a few years before, and a sharp shift towards cleaner keyboard sounds for the rest of the decade. Instrumentation's nice and spare – mostly bass and percussion, plus a bi tof flute and guitar – and titles include the massive hit "Summer Samba", plus "Rain", "Beach Samba", "Song Of The Jet", "Cried, Cried", and "Girl From Ipanema".  © 1996-2021, Dusty Groove, Inc.
(Mono MGM pressing. Cover has light wear and a cutout hole.)