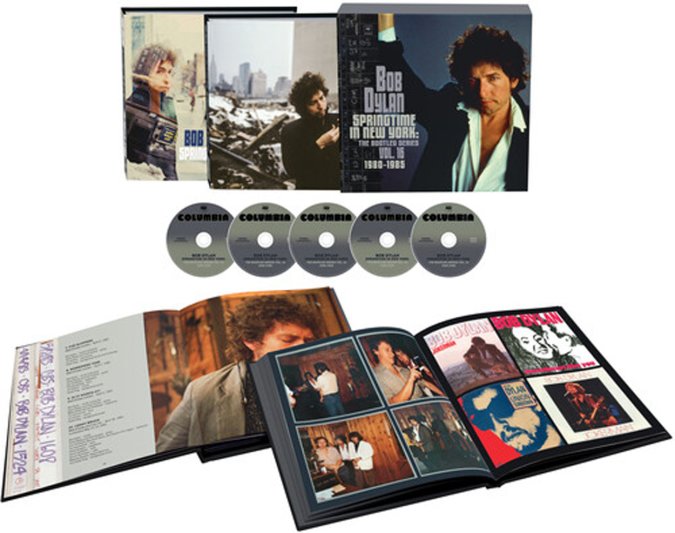 Rare work from a time in Bob Dylan's career when he was maybe giving us too few albums – which makes all the rare material here a great addition to his early 80s run of records on Shot Of Love, Infidels, and Empire Burlesque! The tracks here all come from sessions for those records – which were often stretched out a fair bit, and feature Dylan working through lots of new ideas as he puts the songs together – which you can really hear here on the unreleased material that's presented here for the first time ever! Titles include "Need A Woman (rehearsal)", "Fur Slippers (outtake)", "Jokerman (alt take)", "Don't Fall Apart On Me Tonight (alt take)", "Blind Willie McTell (outtake)", "New Danville Girl (outtake)", "Dark Eyes (alt take)", "Too Late (band version outtake)", "Sweetheart Like You (alt take)", "Seeing The Real You At Last (alt take)", and "Someone's Got Ahold Of My Heart (outtake)". 5CD set is a Dylan completist's dream come true – as it features 55 unreleased tracks, including lots of obscure rehearsal tracks on CD1 – with titles that include "Fever", "Let's Keep It Between Us", "Sweet Caroline", "We Just Disagree", "This Night Won't Last Forever", "Need A Woman", and "Jesus Met The Woman At The Well". Also comes with a huge hardcover book – full of rare and unseen photos and other images, plus extensive notes and track by track commentary!  © 1996-2021, Dusty Groove, Inc.