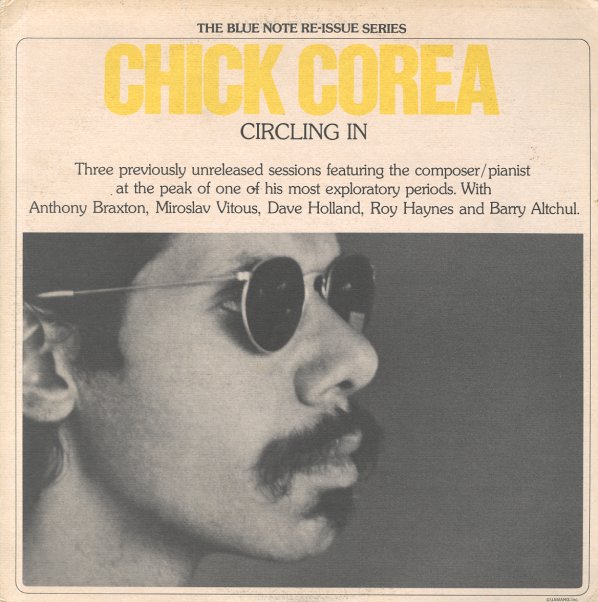 Groundbreaking early work from pianist Chick Corea – a set of unissued material that's very different than much of what he'd record during his later, more successful years! The set's especially noteworthy in that it features the amazing pairing of Chick and AACM reed genius Anthony Braxton – working together here during the short space of time when they were together in the group Circle, and really making some sublime sounds together! Some of the tracks feature a trio – Chick on piano, Braxton on clarinets and alto, and Dave Holland on guitar, cello, and bass – and some feature the full Circle lineup, with the addition of Barry Altschul on drums and percussion. The package also features some other unique early sides – a trio track with Altschul and Holland, and a few more trio tracks with Miroslav Vitous on bass and Roy Haynes on drums – equally groundbreaking, but in a different sort of way. Titles include "Duet for Bass & Piano", "Bossa", "Gemini", "Starp", "Chimes", "Danse For Clarinet & Piano", and "Samba Yanta".  © 1996-2022, Dusty Groove, Inc.
(SHM-CD pressing – part of the "Forever Chick Corea" collection!)