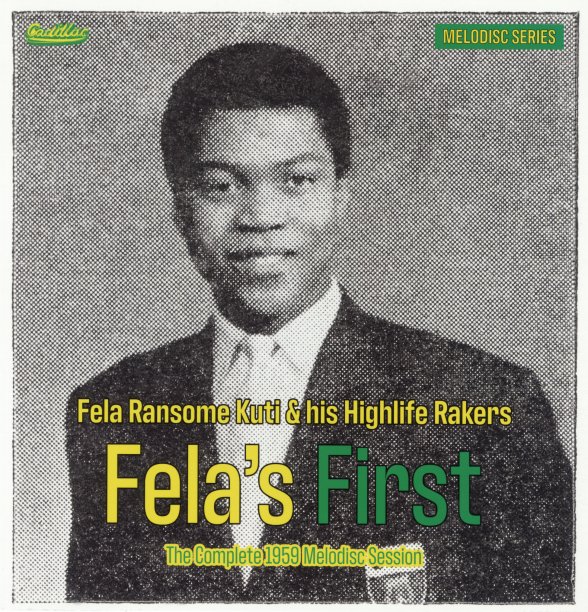 The first-ever vinyl issue of the earliest recordings ever made by Fela – and a set that also includes two tracks that appear here for the first time ever! The work was recorded in London at the end of the 50s, and features a very young Fela doing a jazzy take on highlife styles – playing lead trumpet and doing vocals in a more traditional mode – with backing from a small combo that features guitar, piano, tenor, bass, and percussion – all nice and jazzy, especially the tenor – with a very hip London blend of modern modes and Nigerian roots. The whole thing's got a great postcolonial vibe – the changing sound of London in the postwar years – and titles include "Highlife Rakers Calypso No 1", "Wa Ba Mi Jo Bosue", "Aicana", and "Fela's Special".  © 1996-2021, Dusty Groove, Inc.