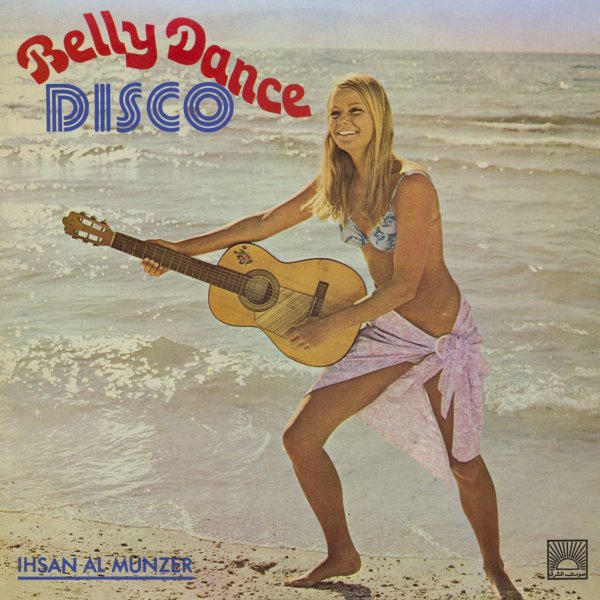 A really fantastic little record – and one that's even better than you might expect from the title – which itself is already pretty darn fantastic! The set is upbeat and funky, but not entirely disco – more this very groovy blend of Mid-East elements and more familiar keyboards – all moving and grooving in ways that are a lot hipper than any other belly dance music we've heard! Music features piano and organ, plus a very cool "string synthesizer" by played by the leader – and there's also plenty of percussion at the core of the set, making for a nice juxtaposition with the electric elements. Titles include "Night Entertainer", "Dance Of Tenderness", "Joy Of Lina", "A Flower Of My Imagination", "Love Of Laura", "Girls Of Iskandariah", and "Once A Year".  © 1996-2022, Dusty Groove, Inc.

Sonatina for Maria (180 gram pressing)
Salut/BBE (UK), 1985. New Copy (reissue)
LP...$19.99 42.99
A set of work from Lebanese composer Ihsan Al-Munzer, who you might know from his work with various vocalists – but a record that's all-instrumental, and which almost has the feel of an 80s sound library set overall! Tracks are heavy on keyboards – used in varying ways from cut to cut, ... LP, Vinyl record album

Expensive Sh*t (180 gram pressing)
Knitting Factory, 1975. New Copy (reissue)
LP...$24.99 25.99
A real classic from the great Fela Kuti – a seminal mid 70s record that not only shows his impeccable sense of rhythm, but also his sense of rage as well! The title track – "Expensive Sh_t" – is Fela's answer to the time that he got busted for dope, and was forced to ... LP, Vinyl record album