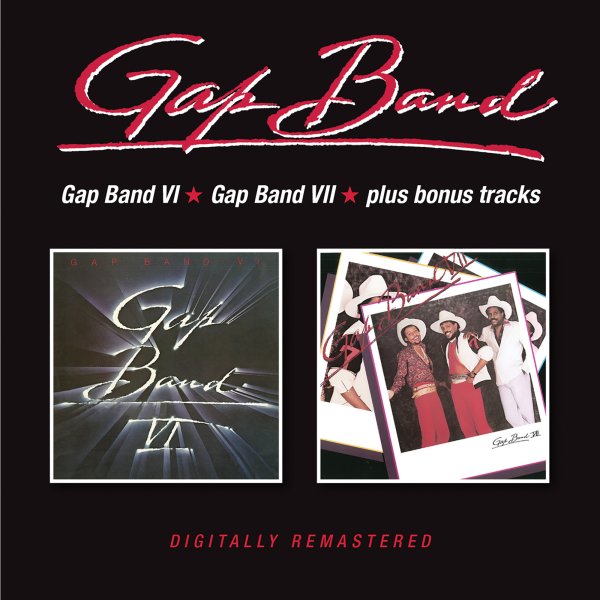 Electro-steeped funky soul from The Gap Band – a pair of mid 80s classic LPs in a 2CD set with bonus tracks! They're already past the "V" in their classic run of 80s albums at this point, and still very much at the top of their game. The core trio work with sweet production from Lonnie Simmons on VI – a pairing that continues to set the group up above most of their competition, and give them a groove that goes way past the obvious. Mellow cuts stand out as strongly as upbeat ones – and if anything, the mellow groovers are the best! Titles include "The Sun Don't Shine Everyday", "Weak Spot", "Video Junkie", "Beep A Freak", "Don't You Leave Me", "Disrespect", "I Believe", and "I Found My Baby". VII is an equally great gem – augmented by some more electro touches that definitely keep things fresh – and we mean that in the best mid-80s use of the word! A bit of an old school influence comes into the vocals at points – showing their strength with the kind of catchy chorus that works great with a bassy groove. Titles include a great ballad reworking of "Going In Circles" – plus the groovers "Lil Red Funkin Hood", "Automatic Brain", "Desire", "Bumpin Gum People", and "I Know We'll Make It". The 2CDs include 11 bonus tracks too – heavy on 12" club mixes and remixes!  © 1996-2021, Dusty Groove, Inc.