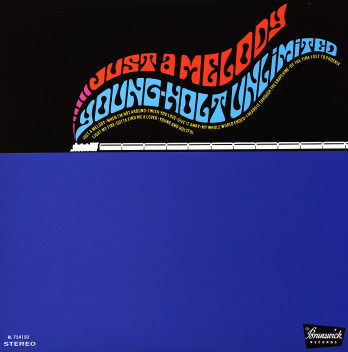 One of a great run of grooves from the legendary team of bassist Eldee Young and drummer Redd Holt – a smoking batch of instrumentals done in the best Chicago soul style of the time! Young and Holt got their start in the early trio of Ramsey Lewis – but here, they've fully expanded to their "Unlimited" mode with larger backings from Sonny Sanders and Willie Henderson – which often feature a tippling soulful piano out front of some larger Chicago soul charts with a mighty nice groove. The album follows their hit Soulful Strut set, and has a very similar feel – with a mix of instrumental readings of soul hits, and a few sweet originals too. Titles include the standout cut "Young and Holtful", a great cover of "Light My Fire", which has been sampled more than once over the years – and the tracks "When I'm Not Around", "I Wish You Love", "Just A Melody", "Gotta Find Me A Lover", and "Give It Away".  © 1996-2021, Dusty Groove, Inc.
(Cover has moderate ring wear with a split spine that has a sticker holding the center closed.)