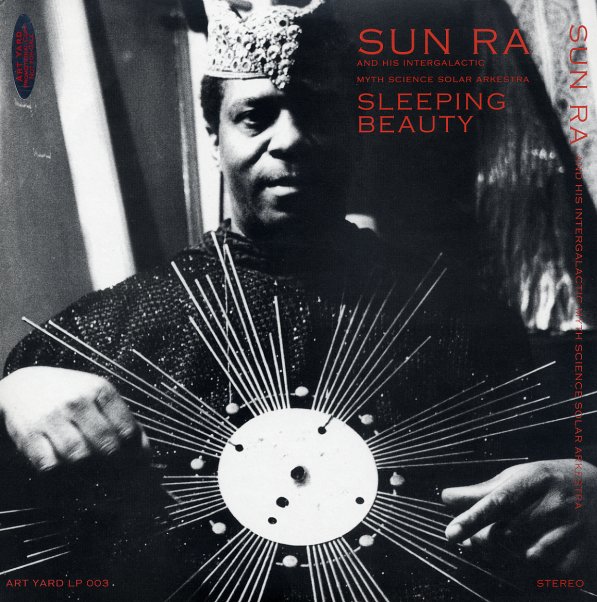 One of the most soulful Sun Ra albums ever – very much on the Lanquidity tip, and done with a great mix of electric and acoustic instrumentation! The vibe here is really mellow, spiritual, and warm – and the album actually feels a lot more like a session recorded for the Strata East label than it does for Saturn! Keyboards pervade the session – electric piano and organ drifting around in moody, laidback lines – augmented by occasional vibes, bits of guitar, and some wonderfully well-blown sax solo work by Marshall Allen and John Gilmore! The title track "Sleeping Beauty" runs for all of side two of the album – and it's an amazing little number that mixes instrumental passages with some great mellow Roy Ayers-styled vocals. "Door Of The Cosmos" is a bit of a groover, and even gets a bit funky at times – and the album also features the laidback spacey number "Springtime Again".  © 1996-2022, Dusty Groove, Inc.

Capon/Mate/Morris/Rahoerson
Palm/Souffle Continu (France), 1977. New Copy (reissue)
LP...$28.99 34.99 (CD...$13.99)
A lost treasure on the legendary Palm Records label – that famous French avant jazz imprint owned by pianist Jef Gilson, and which issued some of the most creative albums on the scene in the 70s! This set is maybe one of the most obscure – a record that's noteworthy not only for ... LP, Vinyl record album

Nil's Jazz Ensemble (180 gram pressing)
Mag/Vampi Soul (Spain), 1976. New Copy (reissue)
LP...$28.99
Amazing funky fusion from the Peruvian scene of the 70s – a record that crackles with energy to match the best soul jazz coming from the US at the time! The group's the brainchild of reed player Nilo Espinosa – who plays flute, tenor, and soprano on the set – always with soulful ... LP, Vinyl record album