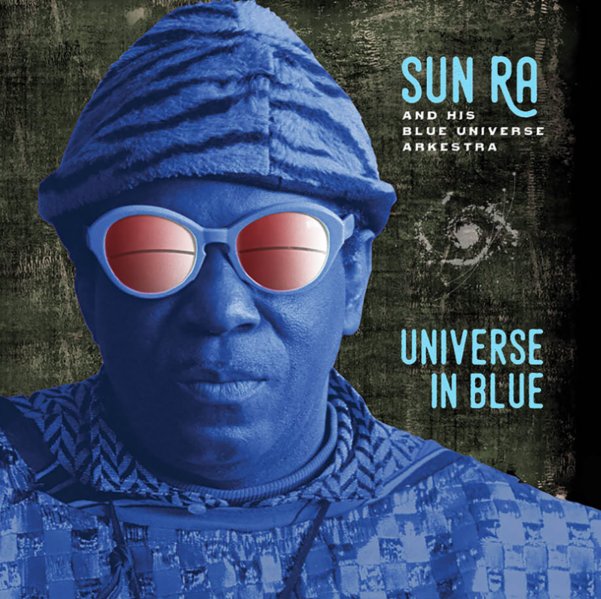 Also available
Sun Ra — Universe In Blue ... CD 11.99
A beautiful little record from Sun Ra and the orchestra – and a set that really lives up to its evocative cover and title! The album features Ra on "intergalactic space organ" – an instrument that may well be a conventional version of the organ, but which is handled with some haunting, very spacey solos that spin out beautifully often setting the scene while the rest of the Arkestra comes in and adds in great solos over the extended reading of the title tune. The lineup includes John Gilmore on tenor, Marshall Allen on alto and flute, Danny Thompson on baritone and flute, Pat Patrick on baritone, and Kwami Hadi on trumpet – and June Tyson sings a bit on the record as well. Titles include "Black Man", "In A Blue Mood", and "Universe In Blue" (parts 1 & 2).  © 1996-2022, Dusty Groove, Inc.

Ra To The Rescue (green vinyl pressing)
Saturn/Modern Harmonic, 1982. New Copy (reissue)
LP...$23.99 24.99 (CD...$13.99)
One of the most mysterious, elusive Sun Ra albums in the legendary Saturn Records catalog – a set that was only ever pressed in small quantities back in the 80s, and often with different tracks for different pressings too! The material here is from a range of different performances, and ... LP, Vinyl record album

In The Orbit Of Ra (plus bonus CDs)
Strut (UK), 1960s/1970s. New Copy 2LP Gatefold
LP...$27.99 29.99
A really wonderfully-done collection of work from the legendary Sun Ra – put together by longtime musical partner Marshall Allen, and way way different than the typical mish-mash of tracks you'd find on some of the budget or public domain titles on the market! First off, the track selection ... LP, Vinyl record album

Jesup Wagon (with bonus download)
Tao Forms, 2021. New Copy Gatefold
LP...$22.99 24.98 (CD...$12.99)
Maybe the strongest creative statement to date from tenorist James Brandon Lewis – an album of work inspired by the legacy of George Washington Carver – served up here with a sense of depth that's certain to open even more doors for Lewis in years to come! There's a majesty to the ... LP, Vinyl record album