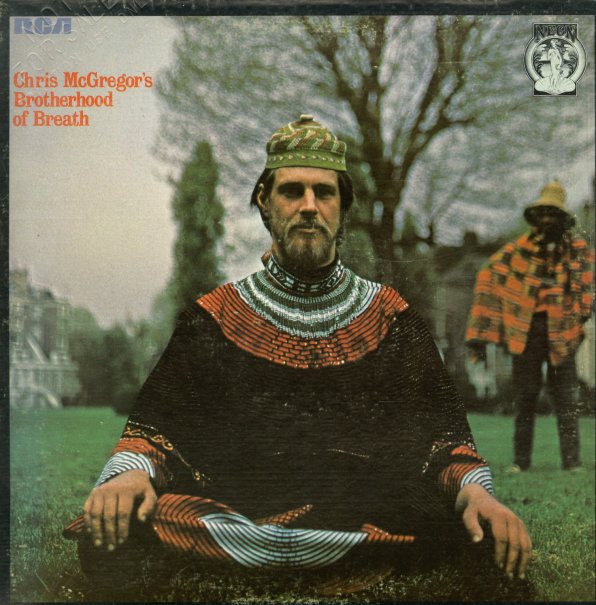 In the early 70s, pianist Chris McGregor was one of the leading lights of the British jazz scene – an expatriot South African living in London, whose work with the legendary group The Blue Notes was steeped in an African rhythmic traditions! This seminal work from 1971 shows how much McGregor's style evolved in the late 60's, and how fiercely it had become intertwined with the British avant styles of the time – in a groove that comes across here with an earthy, rootsy bottom – but also features plenty of far-reaching solos that go out, yet never too far – the best balance of modes from players that include fellow Blue Notes Mongezi Feza, Dudu Pukwana, and Louis Moholo – as well as British jazz luminaries who include Harry Beckett, Alan Skidmore, and John Surman. Titles include "Andromeda", "Union Special", "Night Poem", "MRA", "The Bride", and "Davashe's Dream".  © 1996-2022, Dusty Groove, Inc.
(Radio station copy. Vinyl is in great shape, but cover has a promo imprint, ring and edge wear, center split in the top seam, index labels, and radio station stamps. Labels have radio station stamps.)